Many moons ago, I read Cooked: A Natural History of Transformation by Michael Pollen, now also available on Netflix as a documentary. It’s kinda like an anthropology of food where he talks about cooking using the four elements “fire”, “water”, “air” and “earth”, as well as how cooking transforms our food plus shapes our world.

Of the many cooking styles, fermentation drew my attention the most. Perhaps because you don’t really associate it with modern cooking. Back in the day when there weren’t refrigerators and people had to salt, preserve and ferment food in order to store it, it might’ve been all the rage. Now, not so much. I mean, beer, sauerkraut and kimchi are all fermented foods/drinks but the idea of fermentation doesn’t cross my mind when I think of them.

So here’s what makes fermentation different and why it caught my attention.

Most other kinds of cooking rely on outside energy — the application of heat, mainly — to transform food stuffs. Fermentation is different. In fermentation, the laws of biology have primary jurisdiction and are required to explain how a ferment generate its own energy from within. It not only seems alive, it is alive.

So the idea of food being alive is both creepy and amazing, and reminds me of the live bacteria you see on a Yakult or Vitagen ad.

We deploy our antibiotics and hand sanitizers and deodorants and boiling water and “pasteurisation” and federal regulations to hold off mould and bacteria and so, we hope, hold off disease and death.

#GUILTY I am a total germaphobe so I dislike touching railings, poles and door knobs.

The moulds and bacteria now have a small but growing tribe of human defenders. These post- Pasteurian, as they sometimes call themselves, form one of the more curious sub cultures in America. These are people who will fight for the right to drink unpasteurised milk and eat unpasteurised cheeses, who ferment all manner of foods and beverages using “wild cultures”.

Can I just stop you right here to tell you about the most delicious cup of milk I have ever drunk? It was three years ago at Borough Market in London. Ask me what my favourite thing was from this market? Nope, it wasn’t the grilled cheese, fish and chips or whatever street food. It was this cup of milk from Hook & Son. So good, I went back just to drink it again. This comes from someone who drank milk (and ate Oreos) almost every day of her primary and secondary school life. So I just might be slightly biased. In any case, if you’re in Borough Market, try it! Also, after drinking this, I can understand why someone would fight to drink unpasteurised milk. It is so creamy, smooth and just the right amount of sweet.

“Don’t forget, our milk is raw milk, it hasn’t been pasteurised or homogenised, and nothing has been added or taken away.” 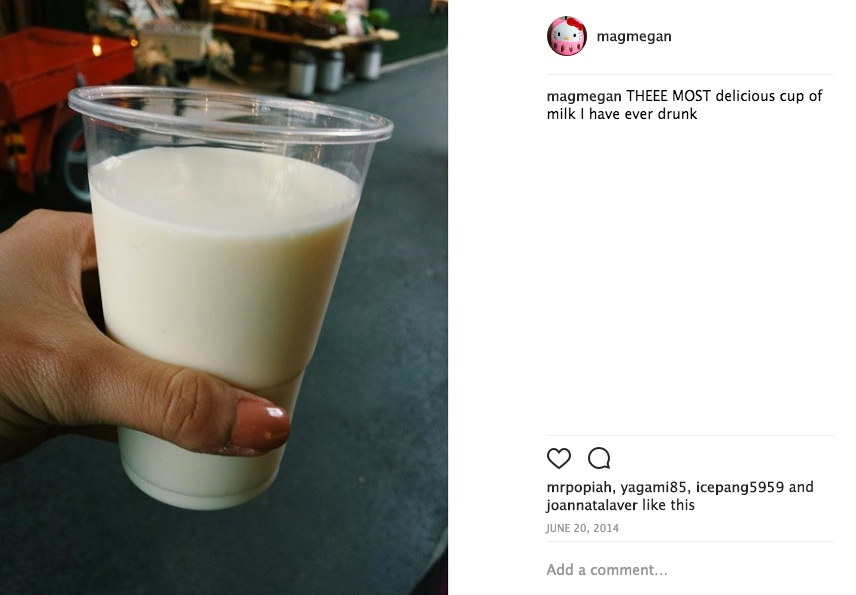 Many of the bacteria we’re killing are our protectors. in fact, the twentieth century war on bacteria — with its profligate use of antibiotics, and routine sterilization of food — has undermined our health by wrecking the ecology of our gut.

After reading this segment of the book, I was like, “Where can I get more food that is alive? Gimme mai kimchi!” Yoghurt is another of the rare instances where we can still find bacteria in our foods but that seems to be about it. So if you believe we could all do with some more good bacteria, stay tuned for the next post where I try my hand at my first fermented dish — Kkakdugi! It’s like kimchi but instead of cabbage, radishes are used.

View all posts by thejialatcook